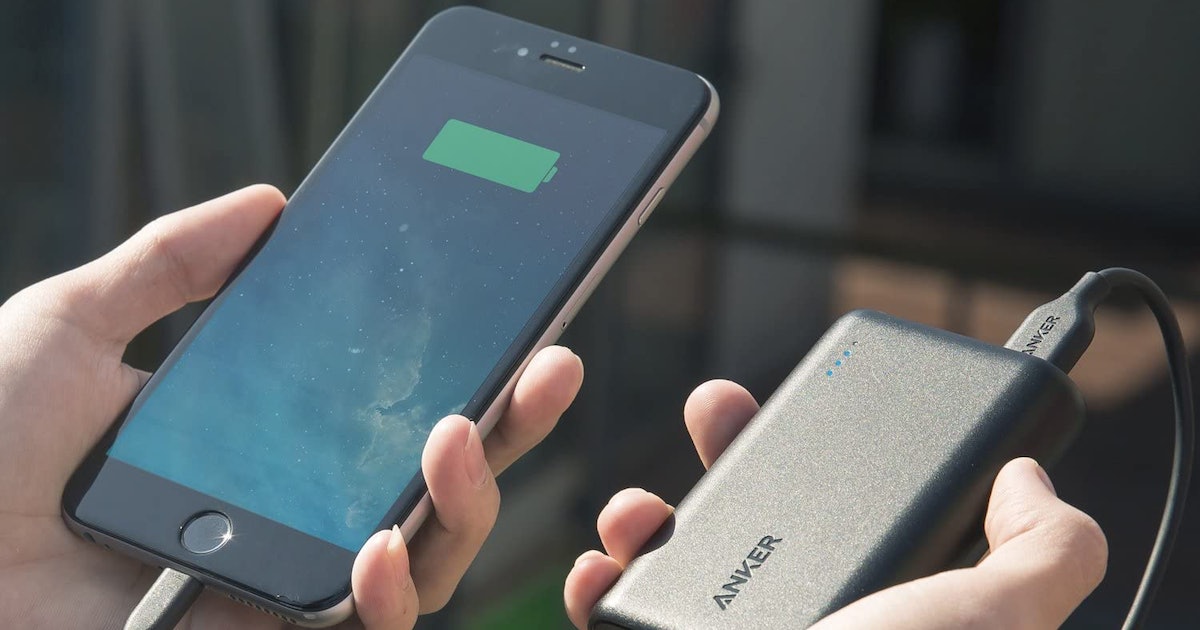 Whether you’re away from home for travel, work, or play, the best small power banks can keep your go-to devices charged without taking up precious space. They come in a range of battery capacities and compact sizes (some are tiny enough to stash in your pocket), so you can find a model that best suits your needs.

Broadly speaking, a power bank’s size is related to its electrical capacity, which is measured in milliamp hour (mAh). In small models, power bank capacity can range from 5000mAh to over 25000mAh — the higher the mAh, the more times the power bank will be able to charge your device. Keep in mind, though, that you’ll get fewer charges for bigger electronics like laptops and more charges for simpler devices like smartphones. Of course, the power bank itself must first be charged before it can power your devices, and the larger the capacity, the longer this can take. Essentially, you’ll be looking at a charging time of 2.5 to 12 hours, depending on battery capacity. At minimum, you’ll want a power bank that can charge a smartphone completely, with extra battery to spare.

As far as portability, large-capacity power banks are about the size of a smartphone, but if that’s more room in your desk or bag than you’re willing to spare, you can opt for slim, lightweight styles that are small enough to stick in your pocket. Note, however, that compact power banks are best saved for quick boosts rather than multiple full charges for different devices, as the mAh will be lower.

After diving deep into power bank reviews and comparing sizes and specs, I’ve rounded up the best small power banks below, so you can charge your device in a pinch.

Boasting an ultra-high 4.7-star overall rating after more than 67,000 Amazon reviews, Anker’s PowerCore 10000 power bank has a capacity of 10000mAh and one of the smallest footprints on this list — more compact than a deck of cards. According to the brand, it can supply an iPhone X with 2.4 charges, an iPhone 8 with 3.6 charges, and a Galaxy S9 with 2.2 charges. When the power bank itself needs to be charged up, you can get a full battery in about 4.7 hours. It has a single USB port for charging one device at a time and four small LED lights that display the percentage of power remaining. Included with the power bank are a micro-USB cable and a travel pouch, but you’ll need to supply your own cable if your device requires a different hookup. Weighing just 6.35 ounces, it offers the best combination of power, portability, and reviewer approval.

A reviewer wrote: “I have to say I am genuinely impressed with not only how well it worked but how FAST it charged my Iphone XR! I was not expecting it to charge so quickly, I had about maybe 10% or so left, plugged it in, and within about maybe 30-45mins…maybe an hour or so I had a completely full charge! And the power bank still had enough for I believe another 2 full charges to go.”

Also from Anker, the PowerCore 5000 has a cylindrical design that’s a bit bigger than a roll of breath mints, making it a highly portable power bank option. Designed with a single port, it can power up one device at a time, and according to the brand, the 5000mAh capacity can supply an iPhone X with 1.3 charges, an iPhone 8 with 1.8 charges, and a Galaxy S9 with 1.1 charges. The power level is indicated by three small LED lights, and a micro-USB cable and pouch are included. When the power bank runs out of battery, it’ll take approximately 2.5 hours to recharge it.

A reviewer wrote: “Use it for compact charging (purse or pocket). I own a larger Anker model which is also great but you can’t beat this for the compact dimensions. Highly recommend for easily carrying around.”

3. The best for charging 2 devices simultaneously

With a capacity of 20000mAh and two output ports, Anker’s PowerCore Essential 20K power bank can charge two devices simultaneously — and it’s earned a near-perfect 4.8-star overall rating after 48,000 reviews, making it a top pick for a multi-device power bank. There’s a micro-USB output port and a USB-C output port, and when used as a charging solution for a single device, it can provide an iPhone XS with five charges, an iPhone 11 with four charges, a Galaxy S10 with almost five charges, and an iPad mini 5 with 2.5 charges. The power bank itself recharges within about 10 hours, and the battery level can be checked by pressing a button. Though it weighs considerably more than some of the other power banks here, it’s about the size of a smartphone, and each unit is drop tested from 1 meter to ensure durability.

A reviewer wrote: “This is the third Anker portable charger I have purchased and again I am happy with this. I like the dual charging port feature, I can charge two phones or a phone and a tablet at the same time. The charging time is fast! And with the portable fully charged I can use this for days before recharging it again. I always take this with me whenever I go on trips- always good to have a reliable portable charger handy! Definitely recommend this.”

4. The best power bank with a digital display

With INIU’s portable power bank, checking your battery level is as simple as glancing at the numerical LED readout. Another powerful option, the 20000mAH capacity power bank can be used to fuel accessories and devices of all sizes, and it can supply a Galaxy S20 with 3.4 charges, an iPhone 13 with 4.3 charges, and an iPad mini 4 with 2.7 charges. It has two output ports plus a USB-C input/output port, which means you can charge up to three devices at once. Of course, with that kind of power capacity, you’re looking at a power bank that’s a bit bigger and heavier than other options featured on this list. That being said, there’s a built-in flashlight for even more convenience. This pick recharges itself via an included USB-C cable, with a charge time of about 12 hours, according to a reviewer.

A reviewer wrote: “We took this camping, and it held a charge for days. We were able to charge our phones several times. The percent power display was incredibly useful. Highly portable and TSA compliant.”

5. The most battery capacity

If you’re looking for the most charging power, Ekrist’s high-capacity power bank can hold 25800mAh, which the brand claims is enough to fully charge any smartphone four to eight times and an iPad Pro two to three times. While this number will vary between manufacturers and devices, one Galaxy 8+ owner that reviewed the Ekrist claimed that 50% battery capacity remained after charging their device four times. The power bank has two USB output ports and one micro-USB input port, and it comes with a micro-USB cable. When it’s time to re-up the battery, it’ll take about eight to 10 hours to recharge the power bank.

A reviewer wrote: “I’ve owned this less than a month and it has quickly become a necessity in my daily life; fitting nicely into the side pocket of my backpack. The value for what you’re getting is well worth it when compared with other models that are older, more expensive, and less mAh. Average battery cycle will give me multiple full phone charges and only needs a charge about once a week, give or take.”

If you’ll be away from a reliable power source or want a backup in case the electricity goes out at home, this is the best small solar power bank to help keep your devices charged. It has a capacity of 12000mAh, which can be charged up quickly via USB-cord (best for regular use), but you can also rely on the solar power function as a backup in a pinch or to top it off as needed. (Keep in mind, also, that smaller solar panels like the one found on this unit mean the power bank itself will charge more slowly in the sun, so you’re trading some power for the compact size.) The brand states that the power bank can charge five devices simultaneously, and it has four built-in cables: a USB cable, a micro-USB cable, a type-C cable, and a Lightning cable.

According to a reviewer, when fully juiced, the power bank can charge an iPhone SE three to four times, but the brand doesn’t give details on how many times it can charge any other phone or tablet models. Note, also, that there’s no mention of how long it takes to fully charge the power bank via wall outlet or solar power.

In addition to its functionality as a charger, the bank features an LED that works as a small flashlight.

A reviewer wrote: “This is a great little charger. It charges fairly quickly via USB cable and has the added benefit of solar charging when stuck in a rut. This feature makes it great for travel. Its a nice compact size and it comes with four handy cables already attached. I can hang it on my backpack while hiking and it’ll charge. I can leave it on my cars’ dashboard while driving and it’ll charge. When I’m sitting at home and I’m too lazy to plug it in to the wall, I just place it near a window and it charges. Solar charging isn’t very quick but its definitely a nice addition!”